The dictionary defines the word TICKER as a watch. The beer world defines a TICKER as a person that must try as many new beers as possible. This trend started with the beer rating websites BeerAdvocate and RateBeer and now includes the powerhouse beer rating app Untappd. It is essentially quantity over quality. Think Pokemon but with beer.

I find humor in the term and that is why I have decided to use the name for a new series that I am going to do on the website. Essentially I am going to rate as many beer related things as I can but not reviewing individual beers themselves. Confused? Let’s try to walk you a bit through this.

This idea was birthed from two different locations. First I received inspiration from a little zine I came across in Philly. It was Hot Tag Revue by Dan Nelson. It was a small, DIY zine rating different aspects of professional wrestling (championship titles, promos, different match types) but not reviewing actual matches. Nelson’s funny rants about all the things we wrestling fans commonly look past was a breath of fresh air.

Secondly I was inspired by the podcast The Anthropocene Reviewed by John Green. In it Green constructs audio essays about certain aspects of the human world and rates them on a 5 star scale. You might not think that you can rate things such as the Indy 500, Viral Meningitis, the Taco Bell Breakfast Menu and Love at First Sight but Green doesn’t just do that he does it in a sincere, touching, funny and yet still familiar way.

With that I have decided to start reviewing the many different aspects of the beer industry and the culture surrounding it. You won’t be seeing my reviewing things like Allagash White (a 5 star beer for sure) but instead expect reviews of Selling Out, Frosted Glasses, Cans, Beer Trading and Tipping with Cash–just to name a few.

When I first started thinking about this I totally intended on taking the DIY, physical zine route that Dan Nelson did for Hot Tag Revue but because of time, money and even a little laziness the internet gets it instead. Plus there aren’t a terrible lot of indie art shops around West Palm Beach that would be willing to put my silly zine on consignment. Who knows, maybe I’ll do some physical copies in the future if people enjoy these rantings and ravings of a beer man.

In the meantime, look out for my first review coming Monday! 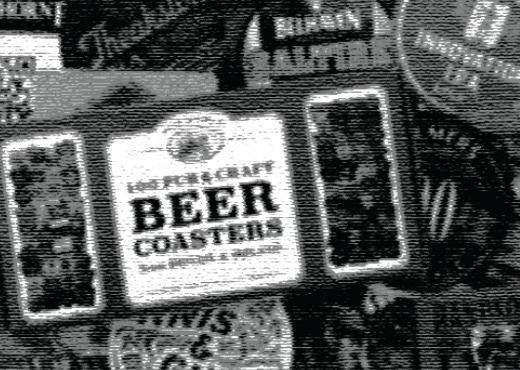