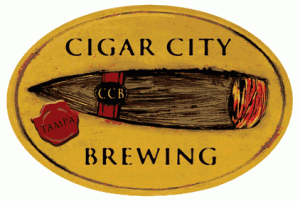 This past Thursday, December 2nd, Cigar City Brewing faced the potential of losing it’s tasting room at the hands of the Tampa City Council.  Supporters of the brewery showed up and voiced their opinions to the council.  While everyone will never always see eye to eye on things those against the brewery I must say brought nothing credible to the table that should in anyway reflect the brewery’s tasting room.  The continued disputes over the increased traffic and crime had no solid evidence to show that Cigar City violated their provisions.

Councilperson Charlie Miranda, absent from the previous voting, made a great point when asking how many places that apply for a wet zoning permit do not have waivers or special arrangements.  One of the legal people openly admitted that there are very few that don’t have any waivers at all.

Being concerned with your neighborhood is a great thing.  The citizens of the Lincoln Gardens and Carver City areas of Tampa have every right to be fighting for their area.  But Cigar City is not the reason for increases in crime and traffic.  Tampa police have shown no complaints related to the tasting room including alcohol related automobile accidents.  If you are concern about children getting hit by cars then you need to supervise them closer.

It’s easy in this time and age to blame a company that makes alcohol for our problems, especially with the way commercials portray beer in the United States.  But I am glad some people don’t look at it that way.

Thank you again to all that supported Cigar City and even more to those four wonderful people that didn’t buy into the bull that was put in front of them by detractors.

The Bruery is Coming to South Florida