Appearance – Poured an orangish yellow color with a pretty decent white head that left some lacing on the glass.

Smell – The aroma was that of grapefruit hops and some slight pine notes in there.

Taste – Big grapefruit hop taste up front that follows up with some floral tastes and a nice bitter finish.

Really good overall IPA that is right up there with some of the best ones. Stone just seemingly makes great beer after great beer. 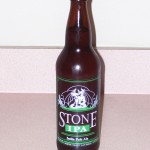 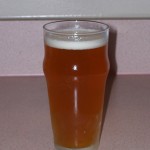