Appearance – Pours a reddish brown color with a nice off white head.

Taste – There is a dry funkiness to it.  The cherries come through tart with a bit of a taste of the oak.  Not nearly as fruity as I thought it would be.

I had been wanting to try this one from Jolly Pumpkin for awhile.  Last time I went to Orlando the place I went to was only out of this one.  It didn’t have as much sour fruit flavor to it as I thought it would.  The yeasty funk flavor is a little more prominent.  It is still good but I was slightly let down from what I was expecting.  Damn me and my expectations. 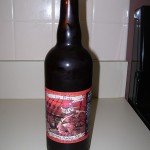 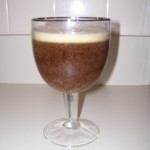